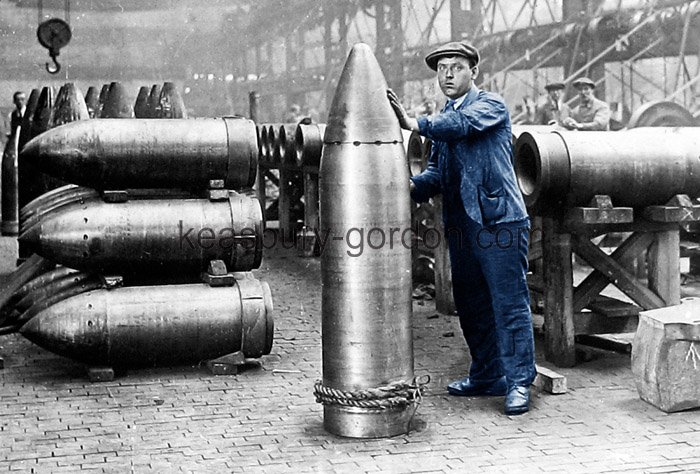 During the First World War, factories all over the UK made ammunition for British soldiers fighting on the front line. A few were armaments manufacturers prior to the war but most were private companies making a range of consumer products and were contracted by the Government to change their production lines to support the war effort. Understandably, the location of these factories was top secret, so we don’t know where this striking scene of a munitions worker was taken.