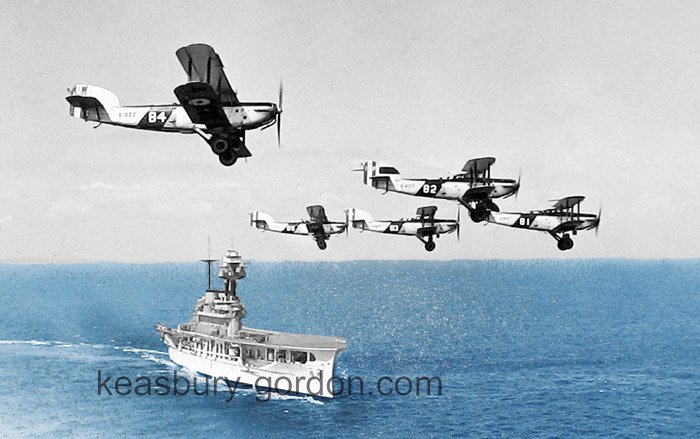 The original photograph, on which this photo-art is based, was probably taken in the 1930s. Biplanes were first used by the Royal Navy during the First World War, mostly for aerial reconnaissance. Launching them from ships that didn’t have purpose-made flight decks was a tricky affair and on returning, if they did, they were plucked from the sea by crane. Carriers like this one, with a flight deck, were a later innovation and by the 1940s biplanes had been replaced by more efficient single-wing planes, hence our dating of this image.