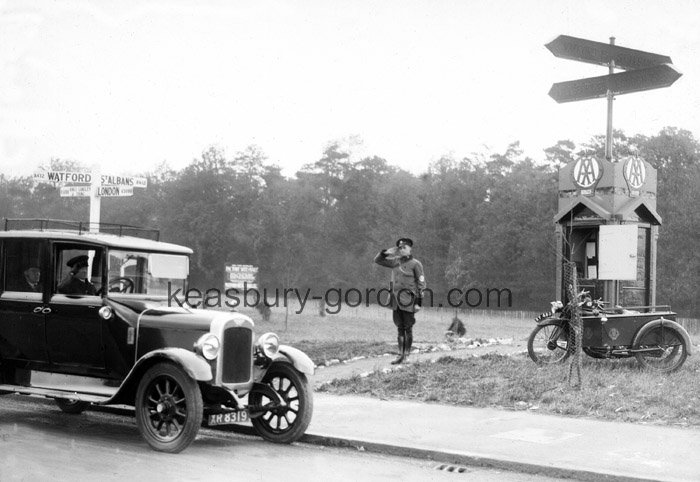 This photograph of an AA patrolman was taken between Watford and St. Albans, probably in the 1920s. He is saluting the passing motorist because the car has a badge on it which shows that the driver is a member of the AA and the driver, who is a chauffeur, is saluting back. The patrolman’s motorcycle and sidecar had the necessary equipment to make a repair at the roadside which is, of course, what we expect of the AA today. However, one of their early functions was to warn drivers of speed traps ahead, not the electronic type but police waiting round the next corner using a stopwatch to calculate the car’s speed. It was illegal to warn of a speed trap but if the patrolman didn’t salute, the driver knew that something was wrong and would assume there was one ahead!