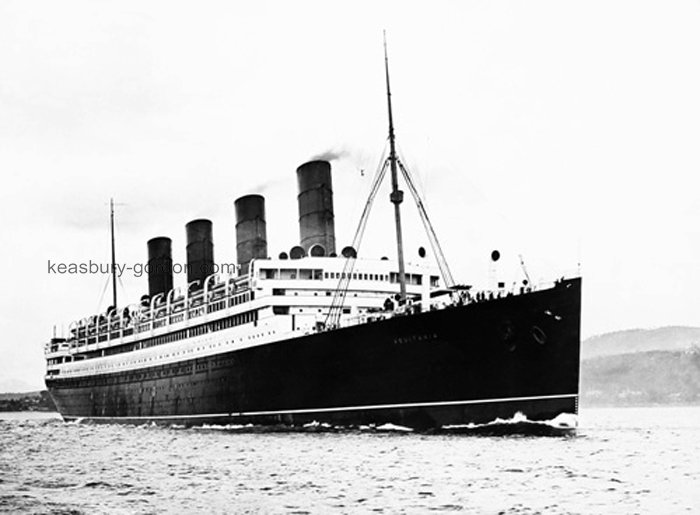 This is Cunard’s ocean liner RMS Aquitania. ‘RMS’ stands for Royal Mail Ship, which means she had a contract to carry mail between Great Britain and the United States. The ship was launched in 1914 and scrapped in 1950, having worked as a transatlantic liner and a troop ship during WW2. She was a sister ship to the more famous ‘RMS Lusitania’ and ‘RMS Mauretania’. In the 1950s, the role of ocean liners was changing and although ships like the RMS Queen Elizabeth and RMS Queen Mary (now moored permanently in Long Beach, California as a tourist attraction) continued to ply the transatlantic route, liners were destined to become more about luxury cruising than getting from A to B in style.