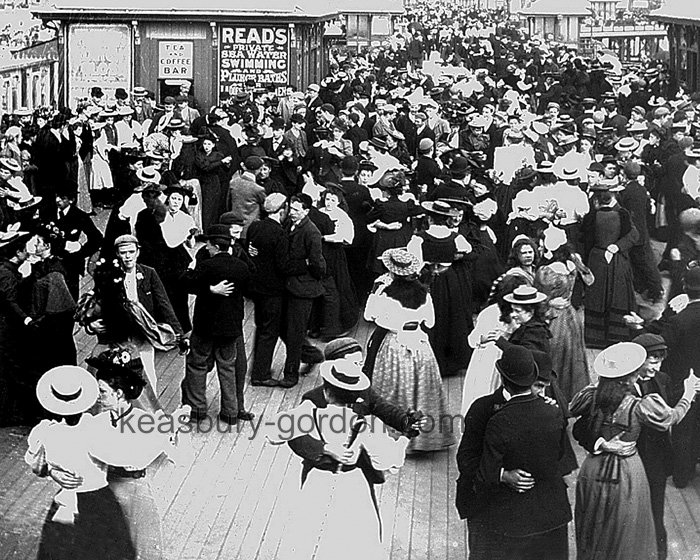 British seaside piers were originally built to enable steamers to call at resorts regardless of the tide and depth of water. However, they immediately became attractions themselves, be it for a stroll ‘on’ the sea or for the various pleasures they offered. Many have disappeared, usually because they had a tendency to catch fire but those that remain are considered to be national treasures. One of the main attractions in the early 1900s, when this photograph was taken, was dancing to a live band. This image is particularly interesting as the men dancing together are, apparently, embracing, rather than just having fun, not an issue now but certainly controversial then. Perhaps gay men escaped to Blackpool to meet each other, away from the strict social conventions they would have faced at home.